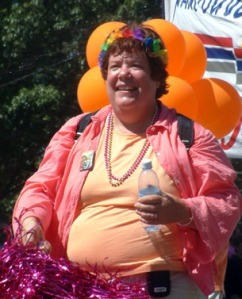 In a stunning climb down from the ridiculous motion she tabled to allow immigrants to collect a Canada pension after living here a short time, NDP MP Libby Davies’ motion has been withdrawn with a statement claiming it was all a mistake:

“New Democrats believe in a fair pension policy for all Canadians, including immigrants, a policy which lifts Canada’s seniors out of poverty. Unfortunately, the Harper Conservatives continue to believe it is acceptable for some Canadian seniors to live in poverty.

An increase in OAS/GIS benefits would help seniors, especially women, because of their low benefits from work-force participation-based pension plans. This also stimulates the economy, as it is targeted at low-income individuals.

As for motion 141, this was submitted in error and Libby Davies (Vancouver East) is withdrawing it.” (see here)

Wow, love to hear how a such long-time MP like Davies’ accidentally submitted a motion to the House of Commons.

Will the Ottawa Press gallery members find out for us? I won’t hold my breath though as only 1 media outlet even bothered reporting on it yesterday.