Christy Clark loses first MLA. How many more to come? 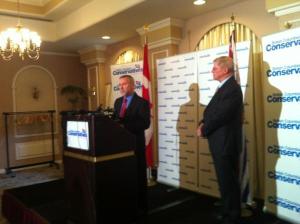 BC Liberal John van Dongen has just announced he is ‘crossing the floor’ to the BC Conservative Party.

To this day, Mr. Speaker, there are still serious unanswered questions regarding the writing-off of 6 million dollars in legal fees in the BC Rail case contrary to government policy. Questions I have been asking for a year-and-a-half, and questions the Auditor General is seeking answers to through the courts.(see here)

I had written last March that he was in conversations with the BC Conservatives to jump ships and was idiotically called a “conspiracy theorist” by the BC Con spokesperson who I believe has since been removed.

Van Dongen was very unhappy with Clark winning the Liberal leadership so it wasn’t much of a surprise that he was talking with the BC Cons and has made this move now as Christy Clark was backing another candidate to take van Dongen’s nomination away from him.

Regardless of all the animosity between Clark and van Dongen, this is a huge coup for John Cummins and the BC Cons and a devastating blow to Clark and the Liberals.

How many more will be leaving this sinking Liberal ship may be the only question now and if I was a betting man, I’d put a wager on Randy Hawes being next.

Even though members say that they were unable to vote and a campaign manager claims there was voter-suppression during the infamous on-line leadership shenanigans (see here), the NDP isn’t calling in the police nor Elections Canada.

“At this point, there is not a single point person. We’re going to investigate what (the attack) is, where it came from. . . As soon as we know that, we’ll be able to decide what to do next.”

Blaikie said neither police nor Elections Canada have been contacted. (see here)

Their own robocall-file MP Pat Martin is claiming illegal acts were committed:

“We were sabotaged and we were compromised by our enemies.”

The entire leadership vote’s legitimacy is being questioned and the NDP brass doesn’t want an official investigation?

Police tipping-off media about politicians should worry us all 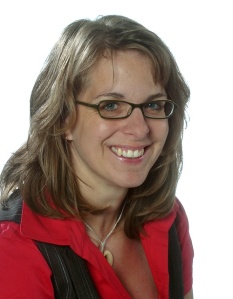 For those that might find it kind of amusing that a NDP leader was ‘caught’ without a transit pass, you should stop and think for a minute how this became public knowledge.

Besides Vancouver Sun reporter Kelly Sinoski somehow believing BC NDP leader Adrian Dix being issued a warning by Transit police for not having a valid SkyTrain fare is even a story, it’s the question of how she received this information. (see here)

I’d love to know how a reporter from the Liberal-backing Vancouver Sun just happens to run across Dix being given a reprimand by the police? I can’t imagine that even if this is public knowledge she wasn’t tipped-off to it by a government worker. Remember the Rob Ford 911 call incident.

I’ve asked Sinoski how she came upon it and will update if I get an answer but won’t hold my breath as a newspaper that won’t print a word about Christy Clark’s deep BC Rail corruption ties won’t likely be very forthcoming about a hit-piece on her political opponent.