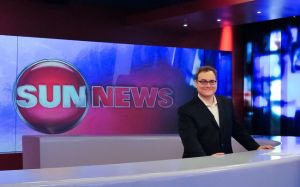 This is what I received from the Toronto Star’s Susan Delacourt Jan 2 after she had said Sun News’ Ezra Levant libelled her and Levant responded by sending me a line from her original email which showed that part of Delacourt’s version to be untrue (see here).

Below Delacourt’s newest email, you will see a follow-up email that I received from Levant where he calls her a “liar”.

So….
Here is the story I sent to Ezra:

From April 15 to May 1, when I should have been covering the election, I spent most nights at the emergency ward of the Ottawa Civic Hospital. Then I went into work, drained each day. Do you have parents? Do you know what this is like?

My Dad has a heart condition and he had pneumonia. I was worn out.  I didn’t want to cover election night, which meant leaving Ottawa to go to Toronto. My Dad was having tests in the hospital on May 3.
I went to Liberal headquarters on May 2 — I did not want to go, I was worried about my Mom, who was as exhausted as I was. I did go. The Star asked me to be there. I couldn’t file anything; I was pretty much useless to them. Dad, that night, was back at the Civic again, doctors worried he wouldn’t make it.

The next morning, Ignatieff held his final news conference. I was barely listening. My Mom sent me a message in the middle of it, asking me to call her. It turns out that the doctors wanted to test my Dad for a lung tumour; they thought the pneumonia had lasted too long. I left the room and called her.

I went upstairs before the news conference was over. My Mom was crying and asking when I could come home. I went back into the news conference to tell Les, my colleague, that I had to go home. I saw the other reporters hugging Peter Donolo and sobbing. Yes, I said to Ezra, that scene was affecting, and it’s possible I shed a few tears, watching them, but my mind was in another place.

I went up to the lobby and waited for a cab to go the airport. Les came to get me, Peter Donolo came over and said goodbye. I was upset. About my Dad.

When Ezra emailed me a few days later, he said he heard I was crying at the hotel with Peter Donolo. I told him the whole story. He put on air that I was crying over Ignatieff’s loss. Full. Total. Lie.
So now you know the whole story. “It’s possible I shed a few tears,” is a blatant misrepresentation of the facts of that day.

I have not publicized or made a fuss of this story because it would upset my parents. (Who are now fine, by the way… Dad’s had two surgeries.) But the fact that you guys think this is all fun and games is something for which you’ll have to answer somewhere down the line. I’m glad I’ve never done it.

Susan’s just making stuff up, because she’s embarrassed. We corresponded by e-mail. If I actually said the things she claims I did, she could show the world. Liar

Chief Spence heads to hotel “to shower and nap” – Is that where she’s really been staying? 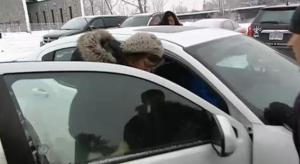 On CBC’s The National, Adrienne Arsenault tried her best to spin after catching Chief Theresa Spence leaving  for a hotel yesterday:

No questions about how much time Spence is really spending on the island in the tipi that we have been told many, many times  by the media she is staying (see here) nor does Arsenault follow her to see which hotel she went to and interview the hotel staff to find out how often they see her like a real investigative reporter would do.

The Media Party have their anti-Harper hero and are not going to do anything to ruin it.