For a while now, Sun News has been doing its best to portray Justin Trudeau as a sort of Islamist fifth columnist. This week, one Sun host told viewers that Trudeau is in thrall on Mideast issues to a “Saudi-born Muslim extremist” who “supports” terrorists. The same host warns darkly that there are three times as many Muslim voters in Canada as Jews.

This is not surprising, since some of the network’s journalists seem to regard themselves as semi-official members of Stephen Harper’s opposition-research team. And since many Sun viewers already suspect that Trudeau was born in Kenya along with Barack Obama, its Muslim Menace programming presumably plays well to the network’s base. (see here)

And Kay’s co-worker Tristin Hopper was more than happy to jump on:

So if it was racist, non-story to the National Post, why then did Hopper get the ok to run this about Conservative minister Jason Kenney?:

“Yes the visit took place, and no one was aware of the affiliation at the time,” Ana Curic, spokeswoman for Mr. Kenney, wrote in a Friday night email to the Post. (see here) 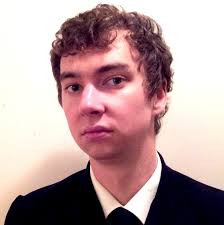 By the National Post’s own journalistic standards this also makes Hopper an Islamophobe and a semi-member of Trudeau’s research team – Kay will certainly post a scathing column saying so right?