Reporter lied about being kicked out of Harper event?

We’ve seen this tactic before where the Liberals have sent in political operatives to pretend to have been kicked out of a Conservative campaign event and then immediately run to their friends in the media with it:

Diamond Isinger is a well-known BC Liberal flunky whose boyfriend, Ben Parsons worked in Ottawa for the federal Liberals:

Which of course the Vancouver-area media made Isinger out to be just an earnest teen wanting to learn more about the election until the mean Conservatives ejected her regardless of it being true:

The question now is, did a Vancouver-area reporter employ this same dirty trick in order to garner attention and attack the Conservatives?

And of course for dramatic effect, Thom includes the photo of a closed door: 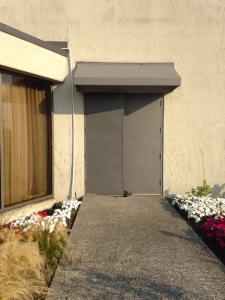 Her radio station CKNW immediately ran her account although had to change the headline after first labelling it “CKNW reporter booted from Tory rally…” since the Conservative’s version of the story contradicted Thom’s:

The Conservative Party says there was nothing wrong with the treatment received by a CKNW reporter at an event in Richmond yesterday afternoon.

A party spokesman says campaign workers who escorted reporter Shelby Thom out of a building following a Stephen Harper rally never stopped her from speaking to people in the audience.

The campaign spokesman says Thom was asked to leave and escorted out because workers were starting to take apart the sound system and other equipment, and also suggests the reporter was being overly sensitive. (see here)

The Conservatives are basically calling Thom a liar – who do you believe?