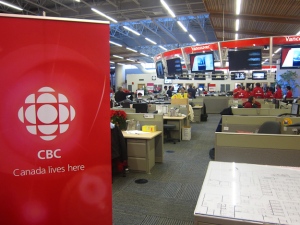 I get very suspicious when 10 months later, people ‘suddenly remember’ receiving a robocall during the election and then, quelle surprise, get hold of the media.

Today’s example comes from the CBC who ran this story titled “Yukoners report getting election robocalls” and quote a Sylvie Leonard and a Bob Nardi.

So, I did a quick Google search and immediately found people with these names both tied to government unions:

There is no by-line on the story so I can’t directly ask the reporter if these are the same people quoted but maybe I can email the CBC news department and find out?

Update: I have now emailed Bob Nardi from the Yukon Employees Union and cc’ed their executive director as well as put in an inquiry to the CBC.

Update: The Sylvie Leonard interviewed is married to Jean-François Des Lauriers who ran as a NDP Yukon candidate (see here) and is PSAC’s Regional Executive Vice-President for the North (see here).

You know when journos are scraping the bottom of the barrel trying desperately to keep a story alive when you read tripe like the Globe and Mail’s Steven Chase and Daniel Leblanc put out today.

It turns out that Speaker Andrew Sheer’s riding association donated $3,000 to the Guelph Conservative campaign for candidate Marty Burke and to Chase and LeBlanc, this brings Sheer’s ability to preside over on the robocall ‘scandal’ in question:

Completely pathetic and it shows how the media will smear someone just so they can keep their anti-Conservative agenda chugging along.